The old and new worlds of wine

Wine is an ancient delight, enjoyed throughout the ages and today it is celebrated with the same zeal and passion as those gone before us. The basic principles of bringing wine to the table from the vineyard have remained much the same the world over, but there are two fairly clear distinctions or classifications of wines that refer to their documented history, geographic locations, different viticulture, winemaking philosophies and regulations.

Old World wines and New World wines are the two distinctions or classifications in question. Each has its own unique look, taste, smell and feel and these differences are most probably the more important differences that will ultimately determine you wine of preference. Enjoying and appreciating wine very often comes from the knowledge of the major and subtle differences found between various wines. So, before you uncork your next Merlot or Sauvignon Blanc, here are the basics of Old and New world wines that may enhance the way you appreciate your next glass.

Old World wines refer to those wines that hall from vineyards that are said to be the birthplaces of wine. Old World wines have a rich heritage that spans many centuries (even millennia) whereas New World wines are ‘younger’ wines whose history dates to only two or three centuries at most or even just a few decades.

The birth place of wine can be traced back the regions around Europe and the Middle East which would include countries like France, Spain, Italy, Greece, Israel and Lebanon. New world wines are found mainly in countries that used to be colonies such as the United States, South Africa, Australia, Argentina and Chile. More than just the age associated with these locations separates the Old from the New, the location also influences the viticulture. 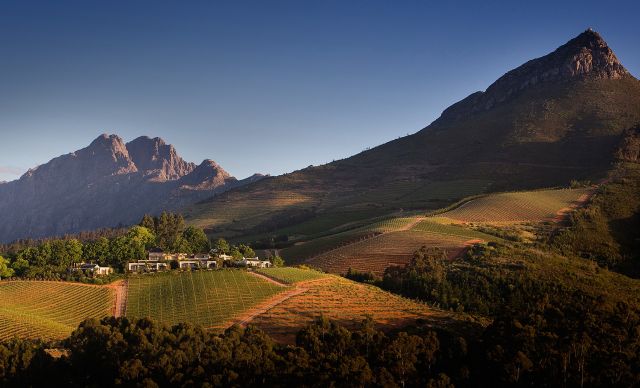 The science, production and study of grapes are known as viticulture and herein the fundamentals that will determine what kind of wine will be made. With Old world wines the focus of viticulture is the place of origin and the vines in general and less the variety and characteristics of the grapes. New World wines however place specific emphasis on the grapes. The difference in focus translates to Old World wines generally being lighter-bodies with more tart fruit notes which are more acidic and a lower alcohol percentage, whereas New World wines tend to be much fuller bodies wines with more fruity and fewer mineral notes and higher sugar and alcohol volumes.

Not only are the grapes uniquely different between these wine worlds but so to the process by which the wines are produced. Winemaking in the Old World is based on traditional and even antiquated winemaking practices that have been passed from generation to generation. New World wines are however constantly pushing the possibilities of winemaking by employing technologies to the process, making them more efficient and feasible and also allowing winemakers to adapt to popular trends.

Because Old World wines are so closely connected to traditions and particular winemaking heritages, there are specific rules and regulations that winemakers must abide by and govern the what, where, when and how wines are produced. Not bound by such restrictions, New World wines are more expressive as the winemaker is free to express his or her own style of winemaking.

There are clear distinctions between both wine worlds and as such, each wine carries with it a unique identity and distinctive character. These differences do not necessarily influence the quality of wine nor rule one to be better than the other, but rather these differences allow us to appreciate and enjoy wines that are as unique as ourselves.

Feel free to let us know in the comments below, which wines (old or new world) you prefer.

More in this category: The taste of grace - Wine auction »