When the world community regards a cultural or natural conserved site or location as having outstanding and unique universal value it can be declared a World Heritage Site. The United Nations Educational, Scientific and Cultural Organization (UNESCO) has officially declared 119 World Heritage Sites in Africa. Here is a selection of 10 spectacular UNESCO sites in Africa.

These sites are all impressive as they display either a particular cultural or natural uniqueness and have profound educational, scientific or cultural significance. 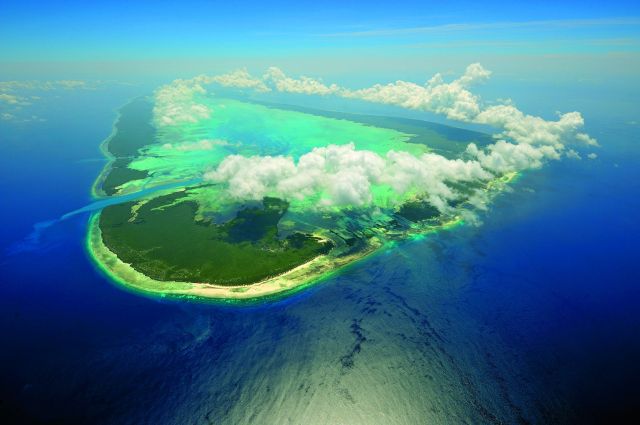 The atoll is comprised of four large coral islands which enclose a shallow lagoon; the group of islands is itself surrounded by a coral reef. Due to difficulties of access and the atoll's isolation, Aldabra has been protected from human influence and thus retains some 152,000 giant tortoises, the world's largest population of this reptile. 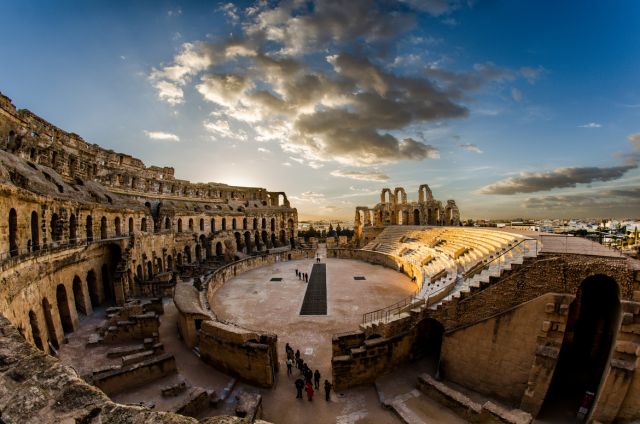 The impressive ruins of the largest colosseum in North Africa, a huge amphitheatre which could hold up to 35,000 spectators, are found in the small village of El Jem. This 3rd-century monument illustrates the grandeur and extent of Imperial Rome. 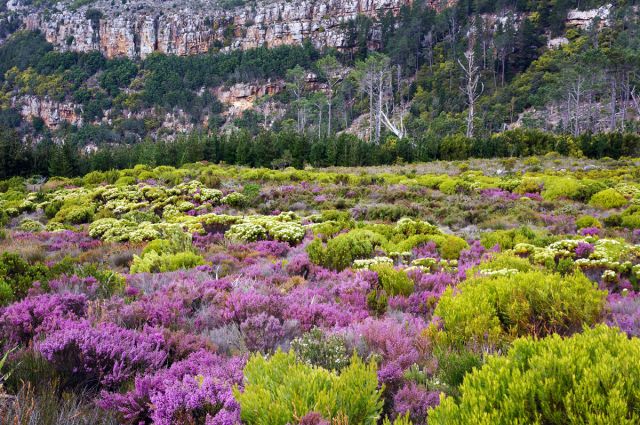 A serial site – in Cape Province, South Africa – made up of eight protected areas, covering 553,000 ha, the Cape Floral Region is one of the richest areas for plants in the world. Home to nearly 20% of Africa's flora. The site displays outstanding ecological and biological processes associated with the Fynbos vegetation, which is unique to the Cape Floral Region. 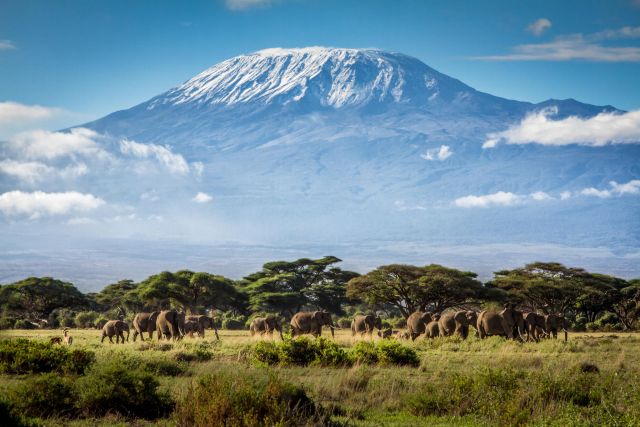 At 5,895 m, Kilimanjaro is the highest point in Africa. This volcanic massif stands in splendid isolation above the surrounding plains, with its snowy peak looming over the Savannah. The mountain is encircled by mountain forest. Numerous mammals, many of them endangered species, live in the park.

The ksar, a group of earthen buildings surrounded by high walls, is a traditional pre-Saharan habitat. The houses crowd together within the defensive walls, which are reinforced by corner towers. Ait-Ben-Haddou, in Ouarzazate province, is a striking example of the architecture of southern Morocco. 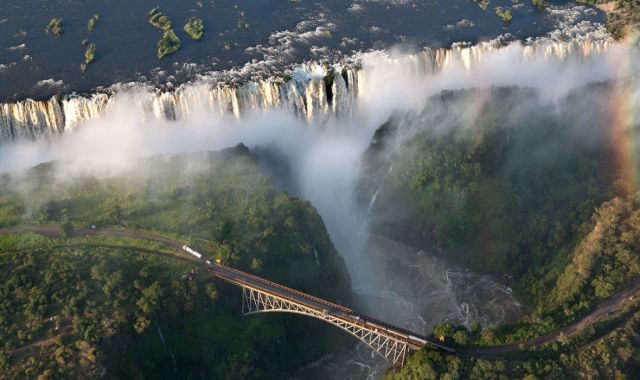 These are among the most spectacular waterfalls in the world. The Zambezi River, which is more than 2 km wide at this point, plunges noisily down a series of basalt gorges and raises an iridescent mist that can be seen more than 20 km away. 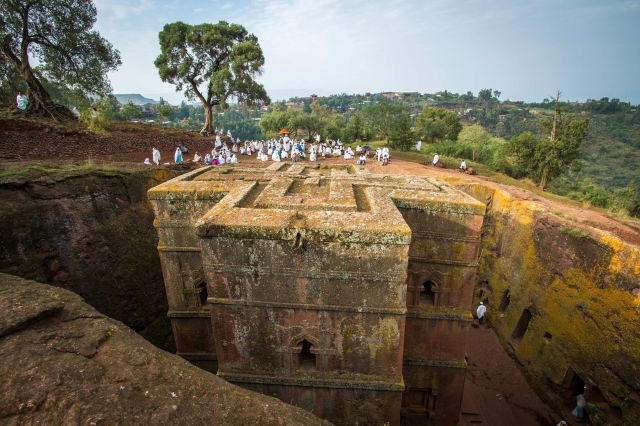 The 11 medieval monolithic cave churches of this 13th-century 'New Jerusalem' are situated in a mountainous region in the heart of Ethiopia near a traditional village with circular-shaped dwellings. Lalibela is a high place of Ethiopian Christianity, still today a place of pilgrimage and devotion. 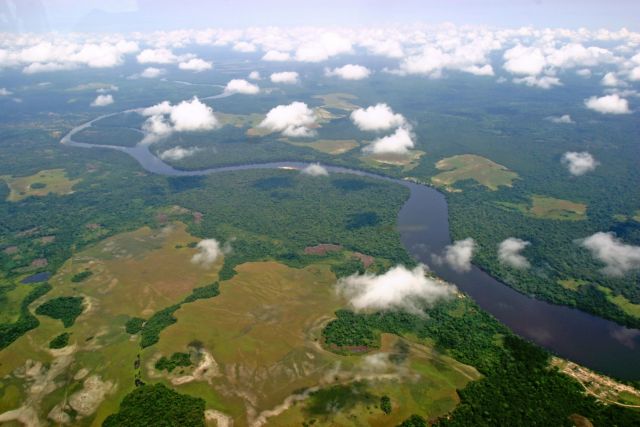 Salonga National Park is Africa's largest tropical rain forest reserve. Situated at the heart of the central basin of the Congo river, the park is very isolated and accessible only by water. It is the habitat of many endemic endangered species, such as the dwarf chimpanzee, the Congo peacock, the forest elephant and the African slender-snouted or 'false' crocodile.

The Pyramid Fields from Giza to Dahshur - Egypt 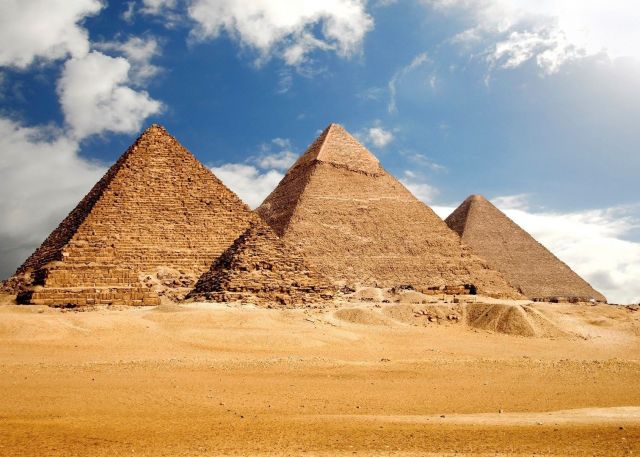 The capital of the Old Kingdom of Egypt has some extraordinary funerary monuments, including rock tombs, ornate mastabas, temples and pyramids. In ancient times, the site was considered one of the Seven Wonders of the World. 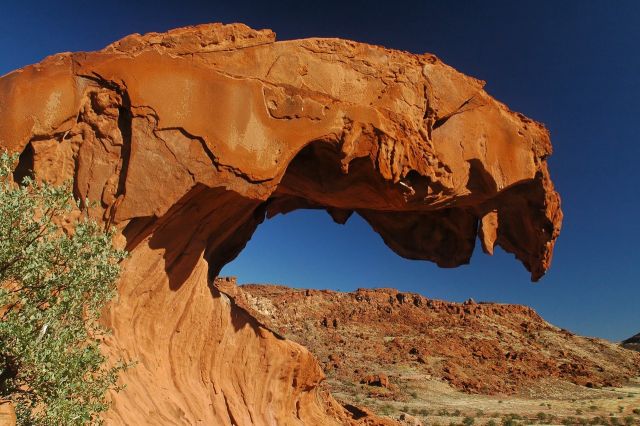 Twyfelfontein or /Ui-//aes has one of the largest concentrations of rock engravings in Africa. Most of these well-preserved engravings represent rhinoceros, . The site also includes six painted elephant, ostrich and giraffe, as well as drawings of human and animal footprints rock shelters with motifs of human figures in red ochre.

Let us know in the comments below if you have visited any of these spectacular locations in Africa or give suggestions for UNESCO sites we should have included.

More in this category: 24 Travel tips for travel bloggers »