Not too often do you get to look at a piece of hardware and feel just a little afraid - afraid that it might devour you... alive! Well, that is kind of how the new Acer Predator 21 X gaming laptop makes a person feel. It is full beast mode, curved screen and all.

Gaming laptops have been a point of conjecture and debate since alternatives to schlepping a desktops to LAN parties was has been a challenge for the average gamer. Alienware have traditionally dominated the higher-end of this niche hardware market with hardware brands likes MSI, ASUS, Acer and Gigabyte releasing various gaming laptops to fill the market need. Razer introduced their Razer Blade in 2013, which was billed the most advanced gaming laptop, giving gamers (with deeper pockets) a few more options to consider. There is now a addition to the lineup of available high-end gaming laptops and it is worth taking note of.

On the 31st of August at the Next@Acer 2016 Global Press Conference,  Acer announced a new addition to their Predator series of gaming products; the Acer Predator 21 X gaming laptop. Here is the teaser video and you can watch the press conference reveal here.

There are so many insaine features in this laptop, but below are some of the most important ones which bring the beast out of this most audacious piece of gaming gear: 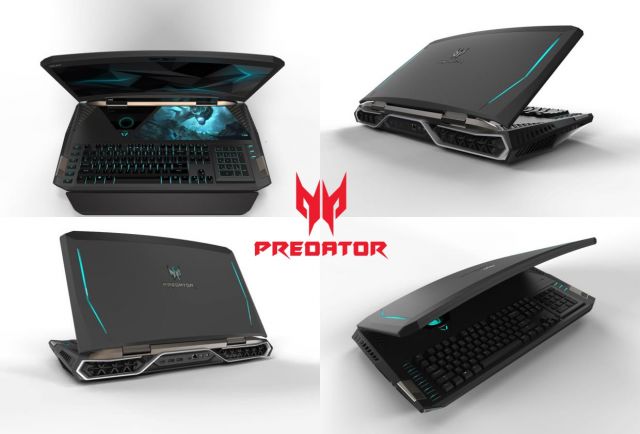 While no official launch date has been given, pre-orders will be taken towards the end of the year. So, while it might be available for Christmas this year, you will have to start saving up as this beast will come with an equally beastly price tag, which is yet to be announced. On paper and in video, the Acer Predator 21 X looks to be the best gaming laptop to soon be available. It will only interesting to see how the rest of the market responds to this rather ambitious, full breast mode laptop which Acer is going to unleash on the gaming world.

What are your thoughts on the Acer Predator 21 X? Leave your comments below and why not give your estimation for a price while you are at it.

More in this category: « Blizzard streaming on Facebook is live Mario will be running on Apples »